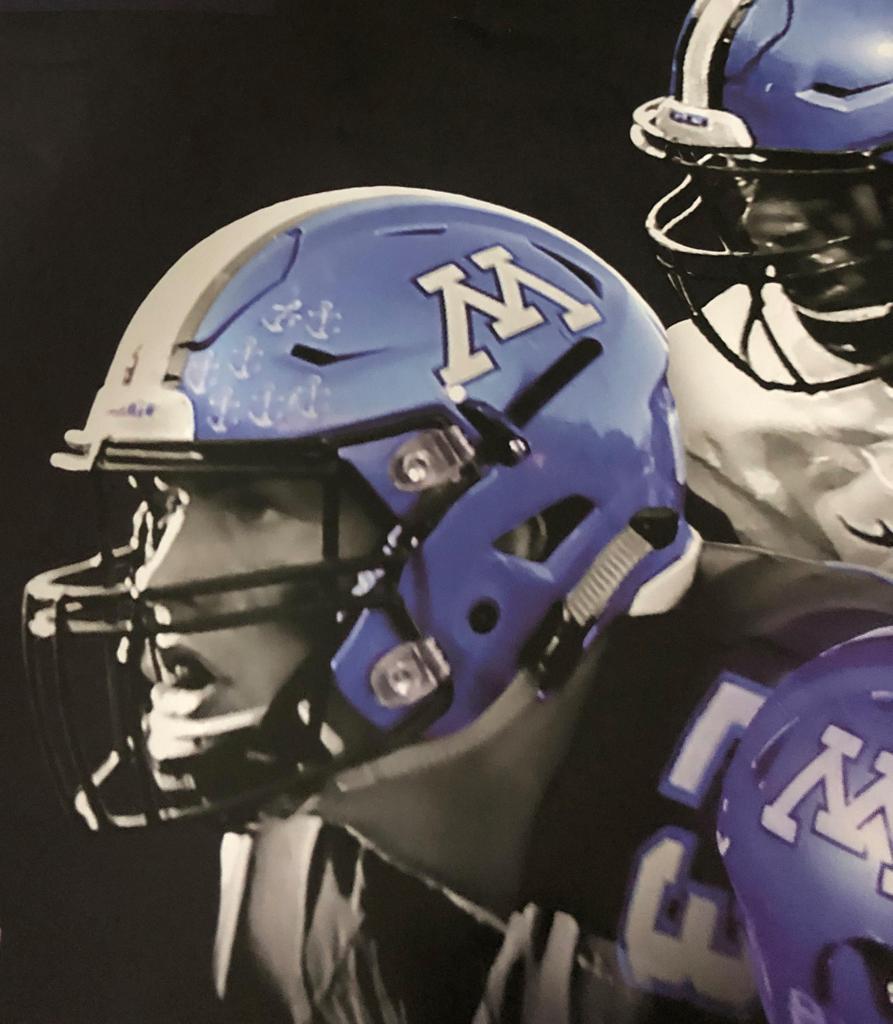 This will be a fast paced, high tempo program that will help acclimate for future weight room commitments.  We offered a similar camp last spring, and our 9th grade came into the summer ready to take it to the next level.  The camp also allows us to get to know future football players better as they come through the system!

Thanks for a great season....

Tonka Football Association is excited to be the first Youth Football Association to offer accurate on-field head impact data.  With this new technology,  sideline personnel will receive a notification when a high-magnitude head impact exceeds a predetermined magnitude threshold. Each TFA TACKLE Team  (grades 4-8) will have a coach or manager that monitor players in real-time, ensuring no head impact goes undetected.   Click the safety button or the video below to learn more about our plan.

Camp will be held Wednesdays, February 22nd and March 1st & 8th in the Tonka Dome.

OUR MISSION FOR FUTURE SKIPPERS

Participate in as many sports as you possibly can.  Fight the pressure to specialize in any one sport and trust that the lessons learned in different sports crossover and help you far more than hurt you.  Respect the season you are in and dedicate yourself to your team and your coaches.  Learn to compete with class and improve from your successes and failures.

You are the Future of Minnetonka Football. 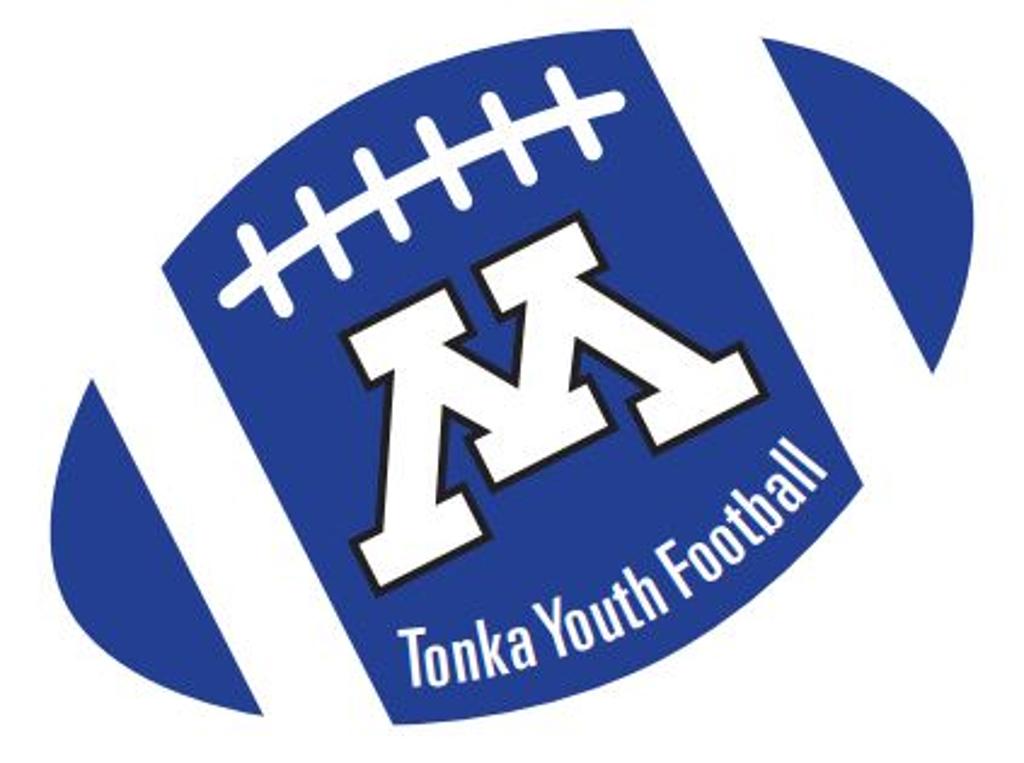 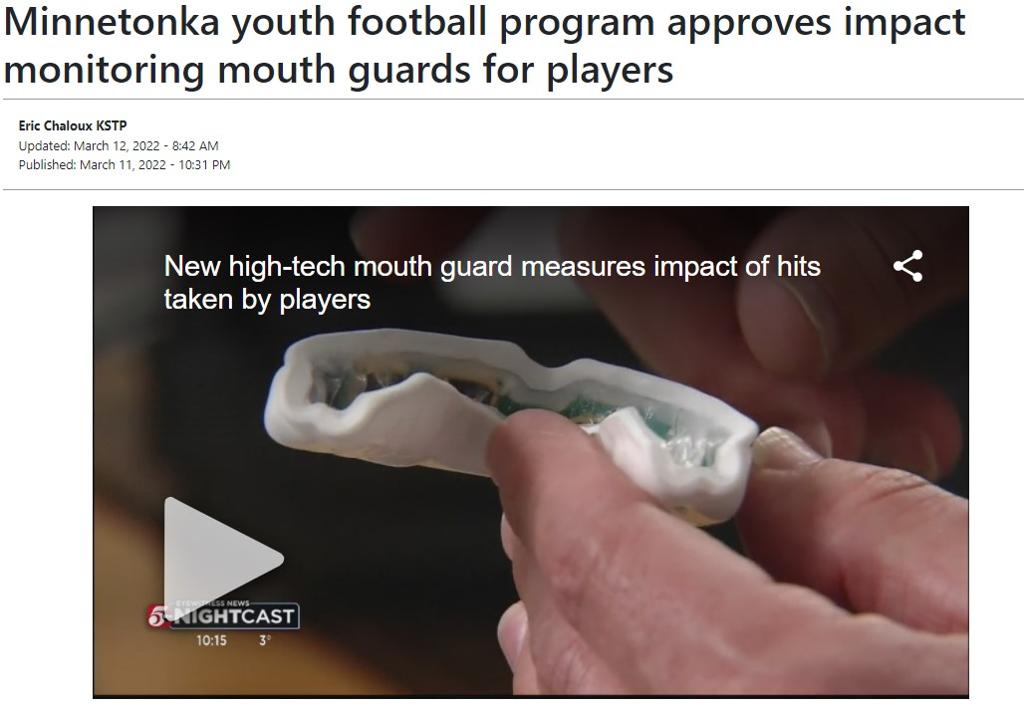 Have a question about Tonka Youth Football....

...send us an email at:  tfafootballtonka@gmail.com 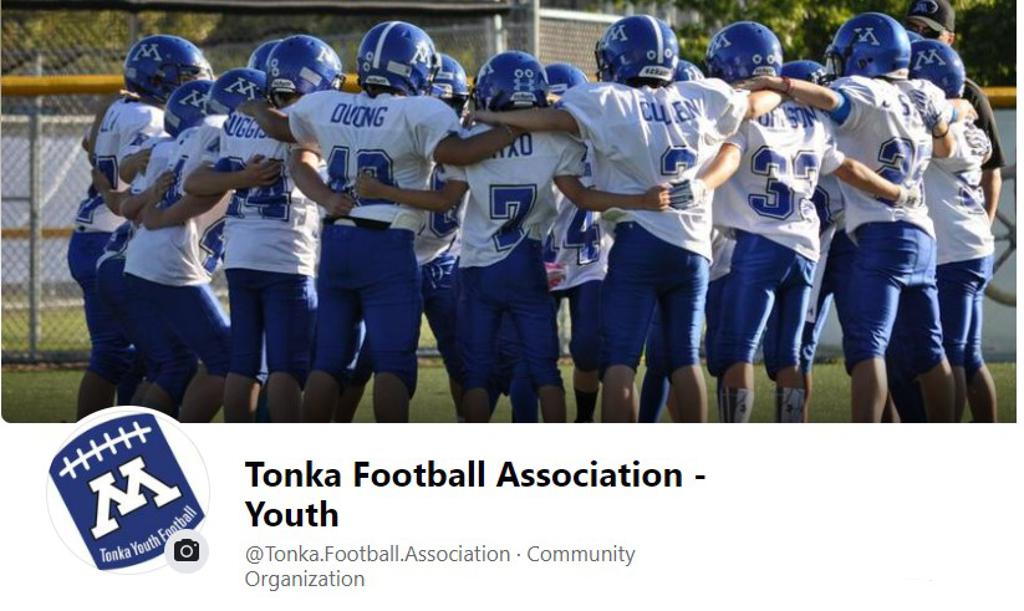 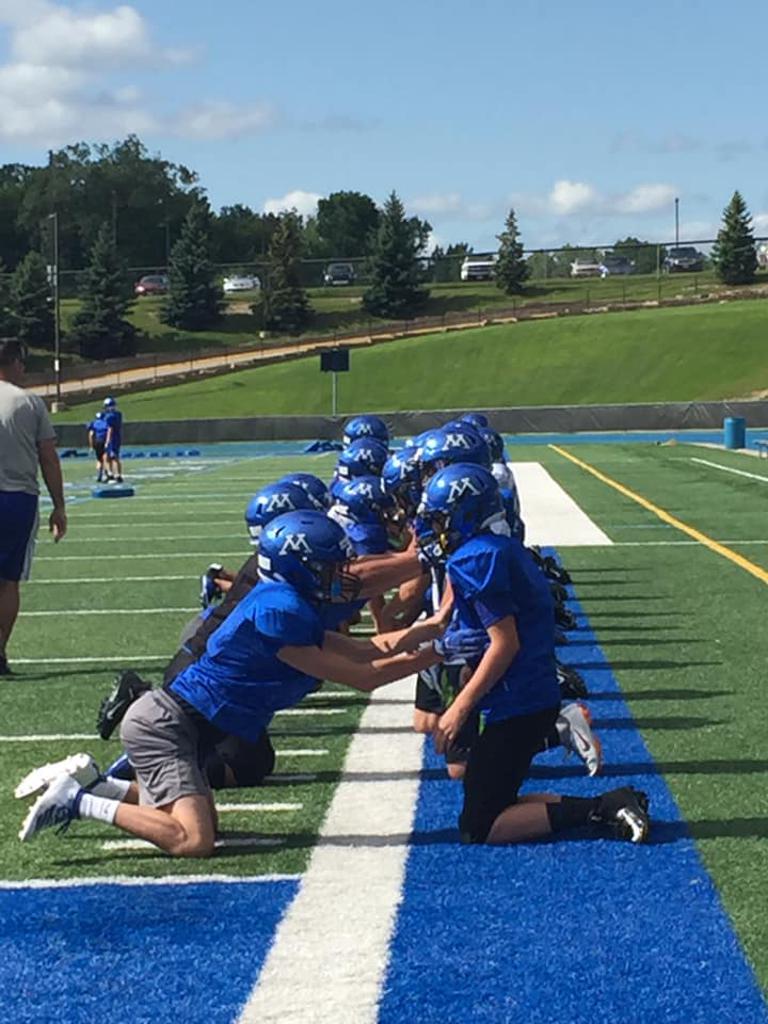 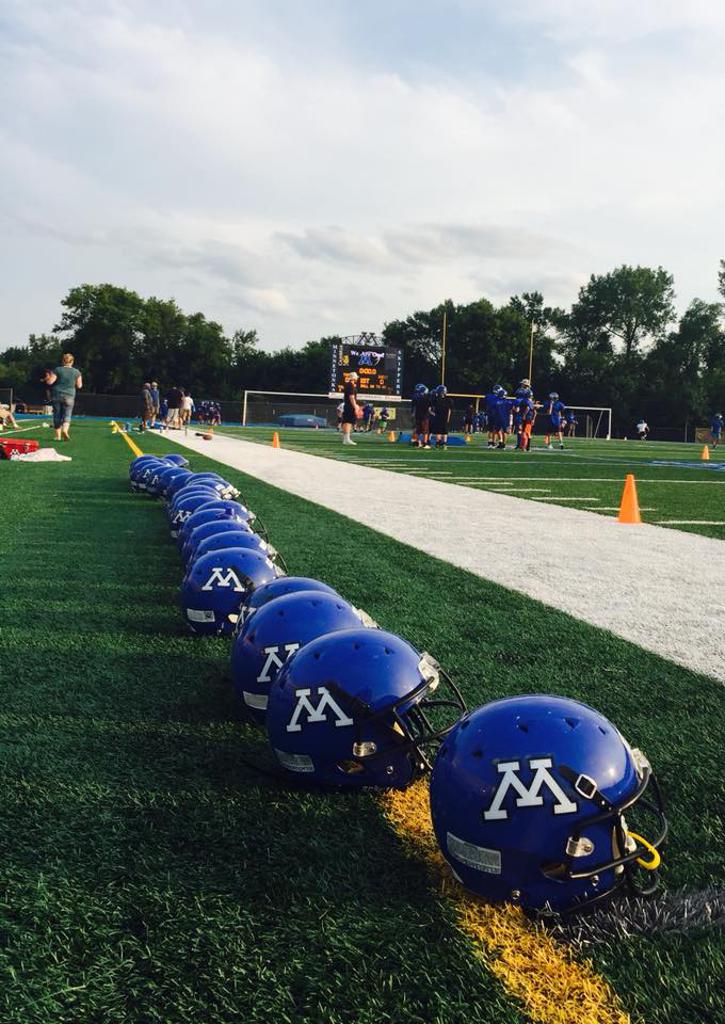 COACHES WE WANT YOUR FEEDBACK

TFA Coaches - we want your feedback.  Click on the image to submit feedback on the game, your opposing coach and / or your game officials / referees.  Please be as objective as possible and keep subjective comments out of the feedback loop.  Thanks again.

In the news... Tonka Youth Football

Please click on the image to below to watch a review of the Tonka Youth Football on the local evening news... 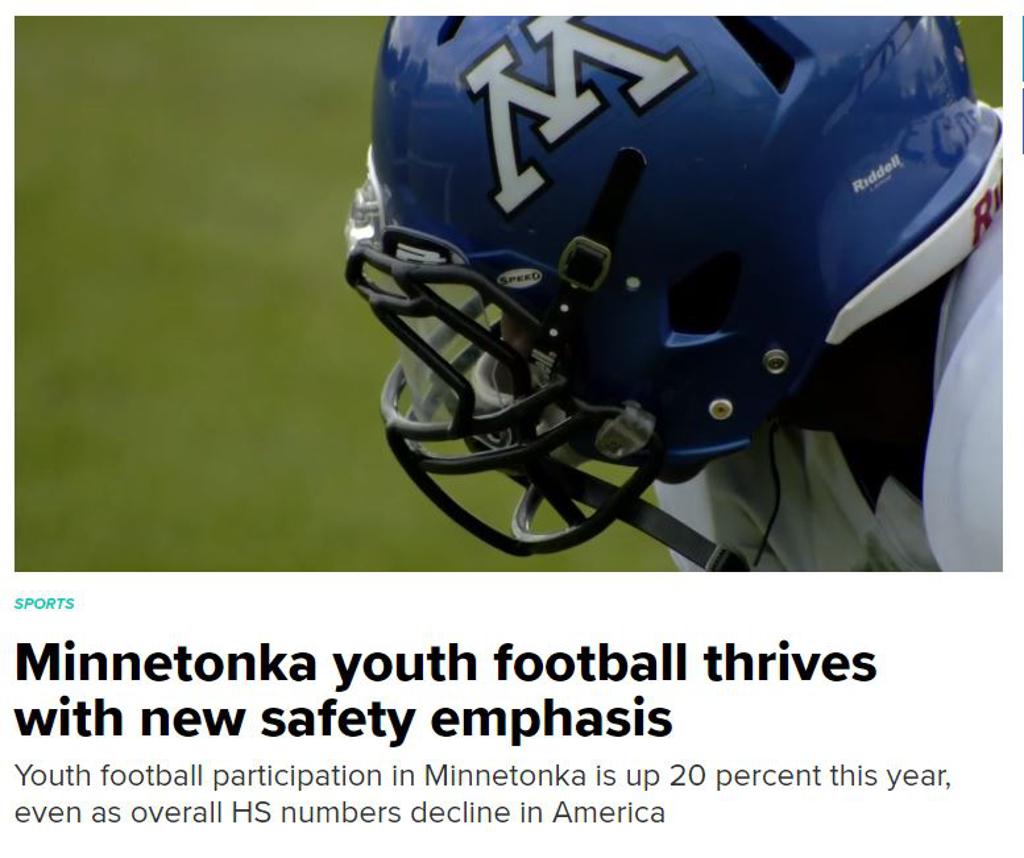 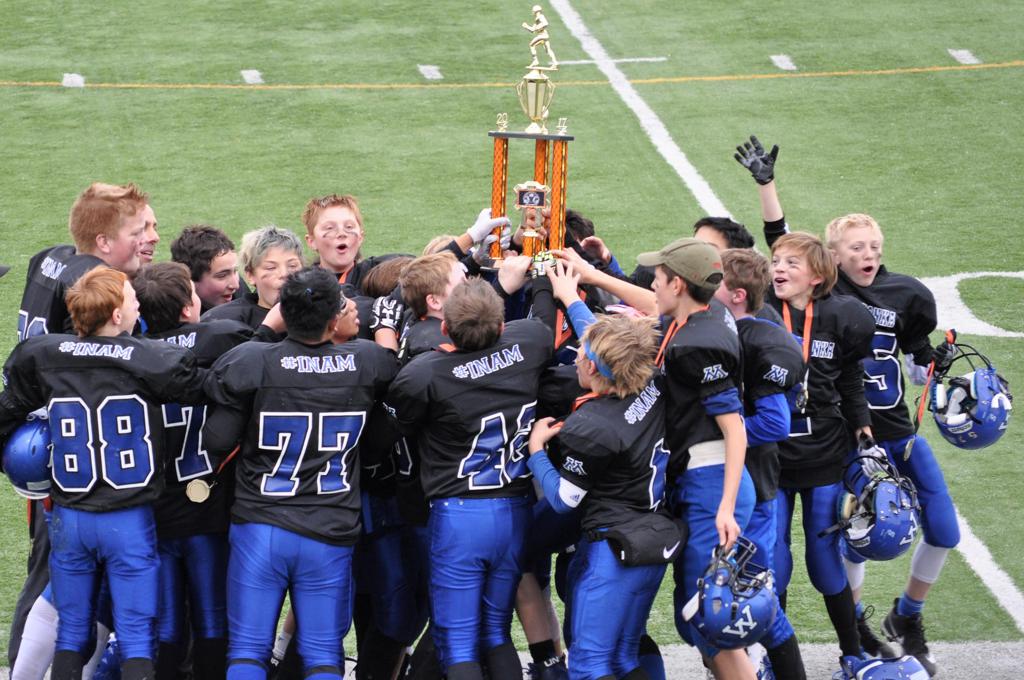 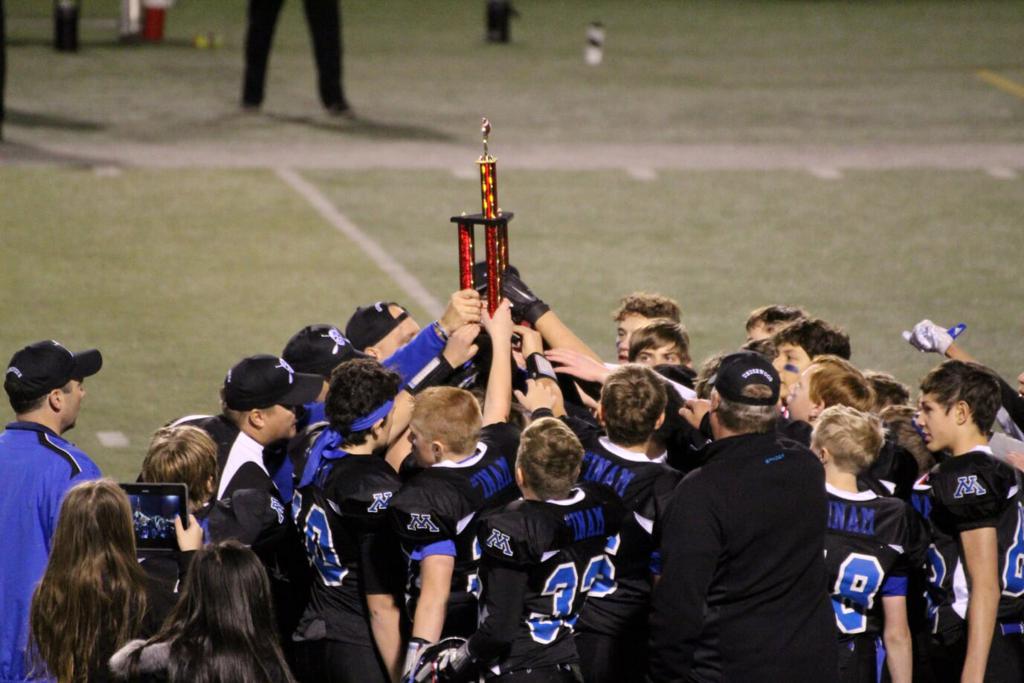 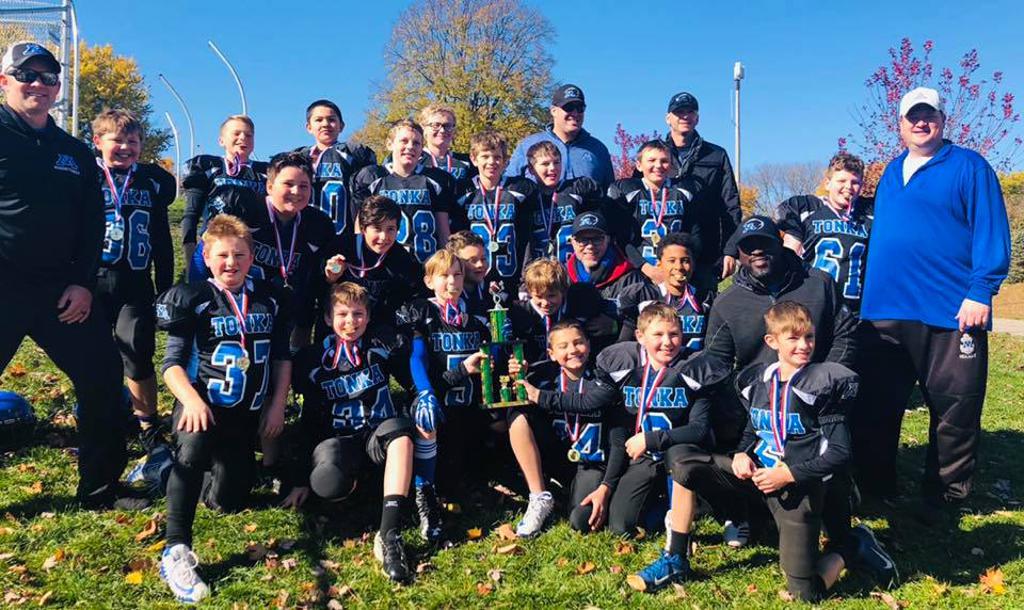 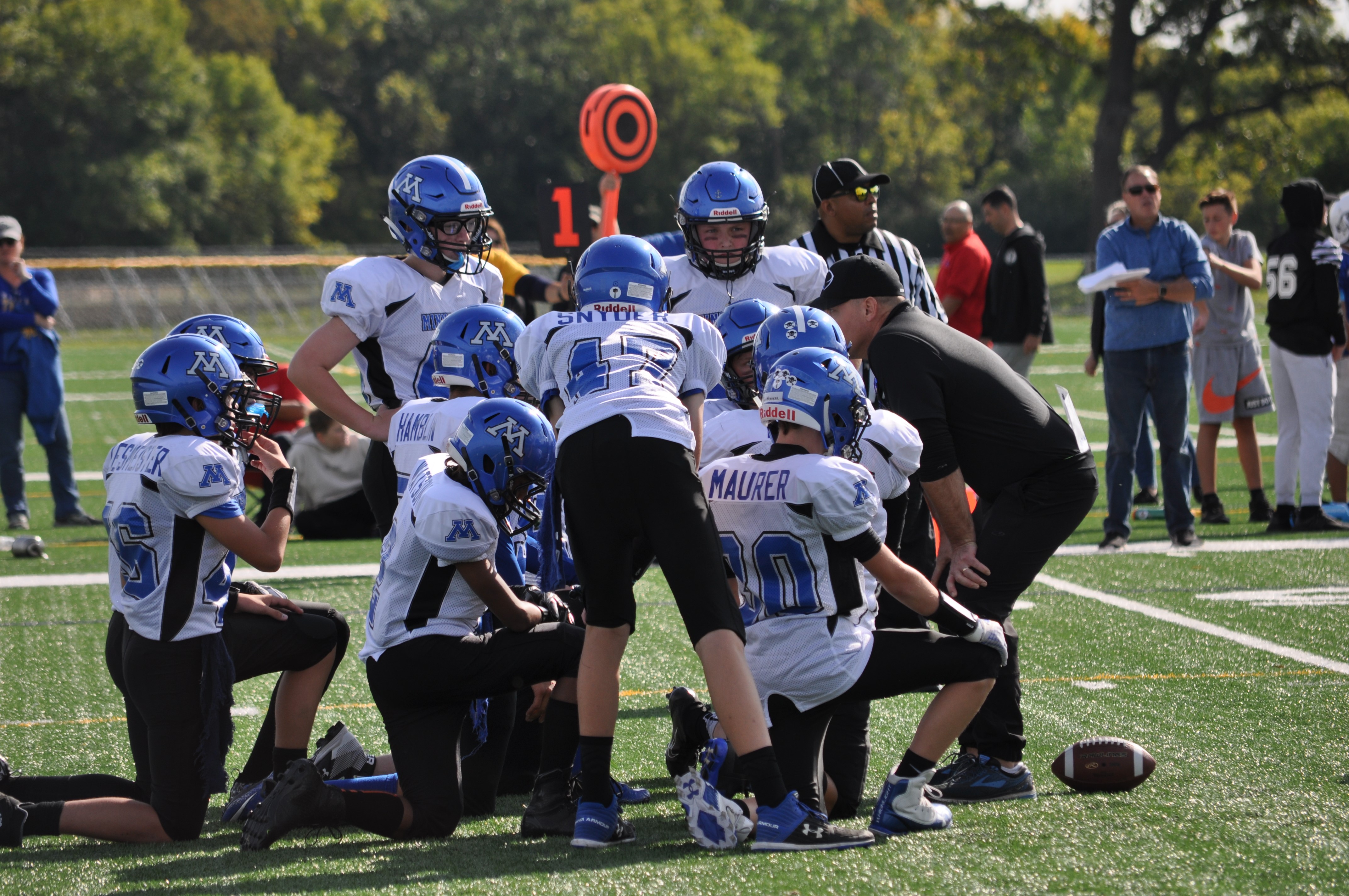 It takes a village and without you as volunteers, we would not be able to function.  Thank you for your dedication. 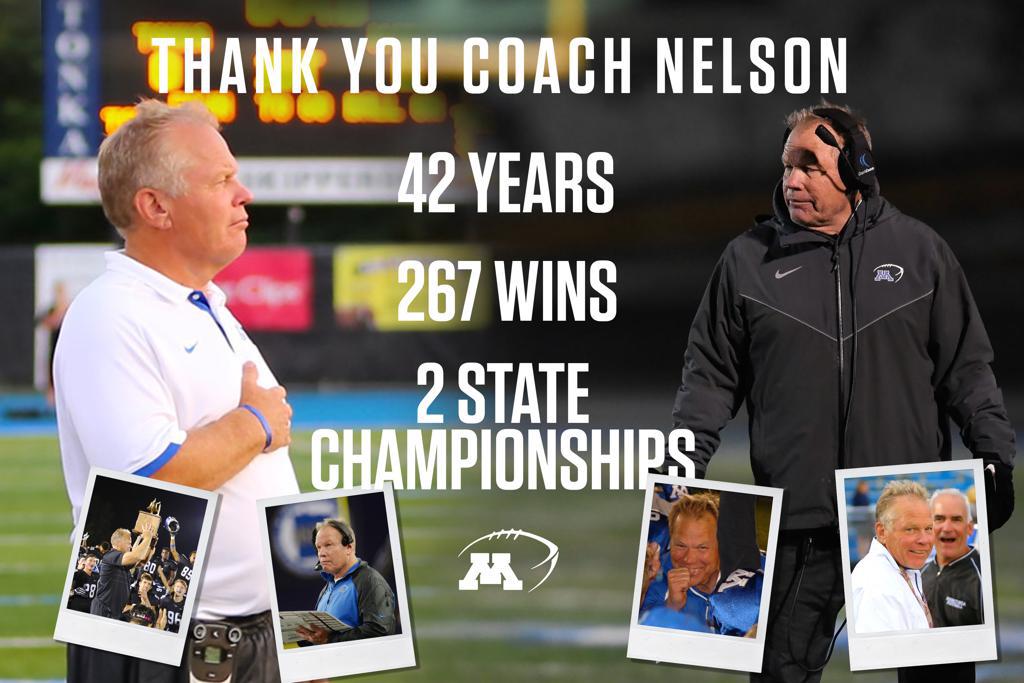 DAVE NELSON HAS COACHED IN MINNESOTA FOR 42 YEARS, INCLUDING 18 AT MINNETONKA HIGH SCHOOL

Over the years, Coach Nelson has carved out a lasting legacy, not only on the field, but as a mentor and role model for students. In 2014, he was inducted into the Minnesota Football Coaches Association Hall of Fame. His successful and impactful coaching career has spanned 42 years.

“It has been a privilege to lead the football program at Minnetonka High School for the past 18 years,” said Coach Nelson. “I would like to thank our coaches, administration, support staff, youth coaches, parents, and especially our players for making Minnetonka such a special place.”

Prior to joining Minnetonka, Coach Nelson spent 18 years as Blaine’s head coach where he won a state title in 1988. In 2004, he led the Skippers to the first state title in program history, capturing the Class 5A crown with a 23-14 win over rival Wayzata. Additionally, the Skippers won Classic Lake Conference Championships in 2004, 2006 and 2009 and made it to the Class 6A State Playoffs in 2012, 2016, 2017 and 2018. His 2017 team played in the 6A State Championship. Coach Nelson’s 267 career wins rank him among the winningest high school coaches in Minnesota state history.

Ted Schultz, Director of Athletics and Activities at MHS said, “It has been an absolute honor to work with Dave Nelson. Not only is he a hall of fame coach, but he is a hall of fame person. He is one of the best to ever walk the sidelines in the State of Minnesota. Coach, thanks for investing in the Minnetonka Community and building better men through the game of football.”

Coach Nelson says none of his accomplishments would have come to fruition without the influence of his father, Stan, who coached at Anoka for 26 years and was inducted into the Minnesota Football Coaches Association Hall of Fame in 1983. Watching—and later playing for—his dad convinced Nelson early on that coaching and teaching was what he wanted to do, something he shared with his father when he was just an eighth-grader.

“I looked at his life and it seemed like he was always happy,” Coach Nelson said of his father. “I saw the influence he had on others and I said to myself that I wanted to try to do that as well. He wanted me to be a dentist.”

Throughout his career, he’s helped to shape the lives of each kid who came through his doors, teaching them the value of hard work, earning what comes to them, and doing everything with class and integrity because, according to Coach Nelson, “at the end of the day it’s your character that matters most.”

To that end, he started the “Men of Character” program at Minnetonka High School several years ago, and it continues today. He was also a leader for students who participated in the Tonka Leadership Challenge, a program he ran for five years, in which he provided guidance to live life with care, respect and commitment toward others. Additionally, he has collaborated with Student Support Services to organize the annual “We Are One” football camp that matches children with special needs with MHS football players for a fun, inclusive event, focused on community.

“High school students are at a very critical age in life,” Coach Nelson said. “Trying to develop them as young men is really important. It has to be about more than just winning football games. Hopefully, they’ll look back on every season and know they became better young men for their experience.”

Coach Nelson is also very involved with the Minnesota Football Coaches Association and serves as the Assistant Executive Director. He is proud of his involvement with Tackle Cancer, a Minnesota Football Coaches Association initiative that has raised more than $2M for the Randy Shaver Cancer Research and Community Fund over the past eight years.  He has not only had a positive effect on his players, but on the Minnetonka football community as a whole. When he first came to Minnetonka, the Skippers had won just nine of 37 games in the previous four seasons. He was committed to changing the culture of the program.

Accomplishing his original vision and watching the Skippers football program grow into what it is today—one that has won five section championships and a state title during his tenure—Coach Nelson said has been one of the most rewarding parts of his career. That also includes improved facilities that rank among the best in the state and a revitalized youth football program that has resulted in more kids playing the sport than ever before.

Dave and his wife Maureen have three children (Sarah, Ashley, and Jesse) and 10 grandchildren—all Skippers!

The search for a new head football coach is already underway. 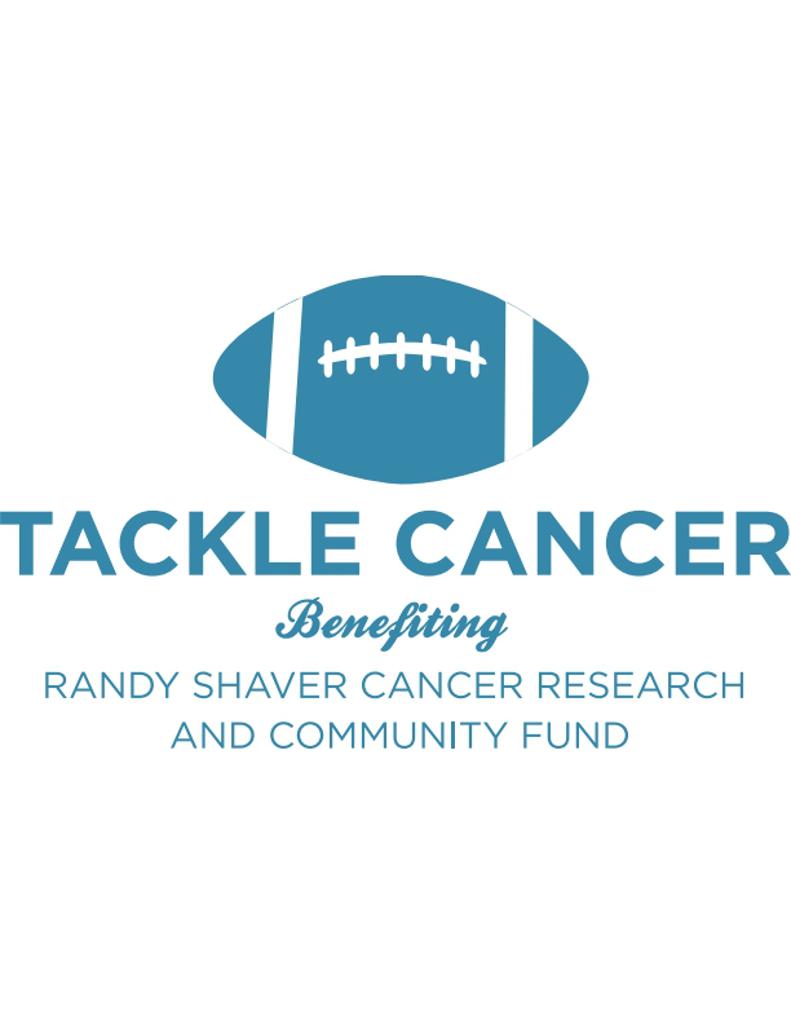 The Randy Shaver Cancer Research and Community Fund partnered with the MFCA to challenge every high school football team to sponsor at least one “Tackle Cancer” night during the months of September and October. Fans attending the game can make donations towards funding additional cancer research and together we are “Tackling Cancer.”
#INAM - Go Tonka
Amy Barth
Minnetonka Volunteer - Tackle Cancer.